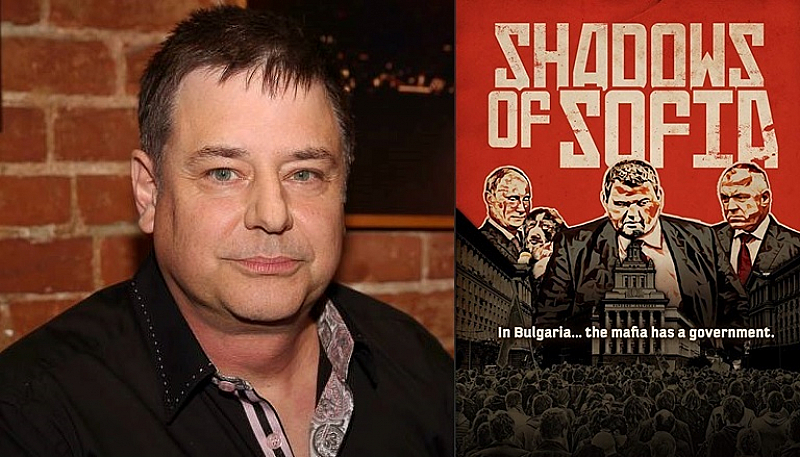 Kevin Booth
I’m an optimist – the documentary ”Shadows of Sofia” Part II ends with Peevski and Boyko as cellmates. If your going to dream – dream big…

This was said by the American producer and director Kevin Booth, who due to the protests in our country released his film about Bulgaria "Shadows of Sofia" for free. Here is what  else he said for FrogNews:

Your documentary "Shadows of Sofia" has over 40K views for the past 24 hous after it became available for free in Bulgaria. This is happening a year after the premiere. You shared with us how interesting it is for you to see protests on the streets of Sofia again and Dogan's property in Rosenets. Those are all topics that you show. What do you think is happening now in Bulgaria?

Its not only Bulgaria, I think its most of the world.  The Covid epidemic seems to have pulled back the curtains of bullshit in many countries creating a kind of tipping point.  In the states tolerance to racism has hit a new dead-end while in Bulgaria people’s tolerance to corruption has come to a screeching halt.  Witnessing the protests at Dogan's property in Rosenets was reaffirming to me personally because while editing of the film back in the states no one understood the importance of showing that beach property.

There are a lot of comments about the movie but they are not postitive at all. According to the Bulgarian audience the film is painted in a negative light. Moreover - they're currently on the streets for what you talk about in your movie - Delyan Peevski, corruption. But most of the peoplee see propaganda and the US-Russia conflict. Do you think so? What are the reviews that reach you about?

Looking at your message board it looks to be the other way around - maybe it’s lost in translation?  I think this was my first and last attempt at making a foreign film.

Here in the states after 911 if you said something negative about George Bush you would be labeled anti patriotic.  Today you only need to turn on CNN or NBC for 24/7 bashing of our entire system. Sure there are many who get insulted – they are called Trump supporters.  Is this film propaganda? I suppose if you don’t agree with it – yes it is propaganda.

It's hard for me to believe that the bad reviews that say the film is created to discredit all Bulgarians are real when it’s a film about a group of brave people trying to free their country.

Anyway - I’m not going to take the bait and get defensive, but I will attempt to address the common negative reactions.  Remember I ‘m putting these through Google translate so undoubtedly I’m missing the subtle context. While editing, I was faced with a tough decision, was this film for a Bulgarian audience or an American audience? I obviously choose American.  Why?  Because  I wanted to show the western world what is going on in Bulgaria.  The sad truth - people in America have so many things to worry about it was necessary to hit them over the head with what must seem like idiotic obvious USA vs. Russia rhetoric for the average Bulgarian.

It’s a choice I made and I must live with it.

There are two comments repeated over and over that are obviously Peevski / Putin trolls.  Suddenly people are saying that George Soros financed the film.  That is a tired comment used in the sates anytime a conservative thinking person wants to undermine a liberal thinking person based on the fact that the liberal person did something that took assets to prove a point.  The other comment was that my opinions as an American do not count because “I kiss the feet of Negros”.  It’s funny that people defend their racism with even more offensive racism.  This was one of the reasons I wanted to put Roma in the film.  Maybe these comments are triggered by the section in the film that compares American confederate monuments to the Soviet monuments left behind in Bulgaria?

For the people who say I should examine the ghettos in America, please Google my name. I have spent over a decade filming the worst of the worst American & Mexican ghettos and prisons.  While editing the film back in the states, I took some of the Bulgarian film crew to a place called “Skid Row” in Los Angeles to show them what American poverty and human degradation looks like.  If you’re at all interested please watch my film “American Drug War”

In our previous conversations /HERE,HERE and HERE/ we talked a lot about the film and the interviews with you were very well received in our country, but now the film itself is a pill hard to swallow. Why do you think is this? What were your expectations when you made it accessible to Bulgaria?

Maybe when the film first came out it was easy to write it off as some American trying to make money from conspiracy theories, or some creepy guy hired to make fake propaganda, but a year later almost everything documented in the film has only gotten worse.  It’s like having a dentist tell you your going to need a root canal and you ignore it.  When the pain comes back you end up hating the dentist.

You used a metaphor for Bulgaria, when I asked you how you see our country a year ago. You said Bulgaria is like „a canary in the coalmine“. How do you see it now?

Bulgaria’s population is less than many cities in the states and yet its being pulled and manipulated in endless directions. Yes the states are also being manipulated, but because Bulgaria has a smaller population its easier to document how the corruption works.

A lot of people send you videos and information about what's going on here now.  What is the difference with the protests from 2013, which you filmed and now?

Hopefully the people are becoming wiser and better informed and eventually something is going to snap.  I pray this time the protestors will not give in to infighting, an obvious ploy created by those in power.

Its time for everyone to drop their petty differences and until over the single cause of freeing Bulgaria from this current crime syndicate.

Will you look for Delyan Peevski again for an interview?

I’m working on a new project, but sure if Peevski wanted to talk I would be happy to.

How about the Prime Minister Boyko Borisov and the Attorney General Ivan Geshev?

I’m sure any attempt at interviewing these people would be a waste of time at this point.

How do you see the continuation of your plot in "Shadows of Sofia", I know I repeat my question from a year ago, but will there be a happy ending?

I’m an optimist – part two ends with Peevski and Boyko as cellmates making license plates while serving life in a prison run by Gypsy’s.  If your going to dream – dream big… 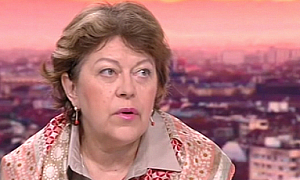 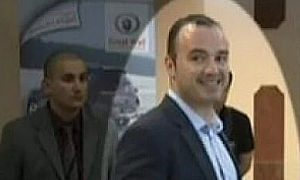 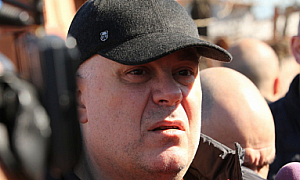 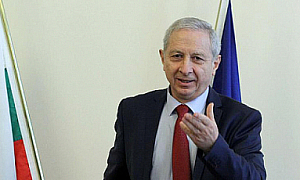