Kevin Booth, „Shadows of Sofia“ and Delyan Peevski
''I know a Gypsy who needs work and has better language skills''. Thereby the American director and producer of ”Shadows of Sofia” Kevin Booth commented on a series of spitting publications against him, circulated in English an Bulgarian language. They all comes from DPS MP Delyan Peevski`s media empire.

The reason for last publications was the interview with Kevin Booth  in Frog, in which he described the "Shadows of Sofia" and his unsuccessful attempts to contact Peevski to learn his point of view.

As a filmmaker who covers controversial subjects I’m used to negative press and bad reviews, but when a Bulgarian oligarch refers to me as a “Second Hand Los Angeles Halloween”I have to ask myself  - can this be real?

Watching nightly news in the states I have grown numb to Trump’s daily Twitter tirades expressing his personal feelings with no filter.  In my opinion - Peevski owning several publications disguised as real newspapers displays a far worse level of nepotism.

When I first landed in Bulgaria to film “Shadows of Sofia” I stopped at a Lafka newsstand to pick up local newspapers, but was instructed that all the media was owned by one man.  This sounded too ridiculous to be true, but then I found a research paper done by Reporters without Borders -  “Media Oligarchs go shopping”

"With his mother’s help, the young Bulgarian oligarch Delyane Peevski has created a shadowy media empire in order to better intimidate and denigrate his detractors. It has been a successful strategy. The Peevskis are king- makers despite frequent accusations of corruption and conflicts of interest."

(Еditor's note - Reporters Without Borders is often alarmed for increasing problems with the media environment in Bulgaria - 111 out of 180 in the media freedom and corruption rankings - see HERE and HERE.)

Its not lost on me that Peevski is one of sixteen other media titans named in the article along with an American who controls the planets shopping. However the fact that the film “Shadows of Sofia” can be streamed in almost every country on earth except Bulgaria has got to be more than a coincidence. Ironically I don’t think Peevski understands one of the most basic human traits. People always want what they can’t have and as a result the Bulgarian response is a feeding frenzy.

I want to address a few of the facts that Peevski seems to be obsessing over in his multiple articles.  In the film there is a sequence where Bivol journalist Assen Yordanov helps track down Tzvtean Vassilve and then travels to Serbia with us to interview him.  Peevski is attempting to spin this as though Assen & Tzvetan are in collusion. Nothing could be further from the truth. In fact I had Assen who is neither a fan of Peevski or Tzvetan along with Jordan Karabinov watching my back during the interview to insure accuracy.

Before the interview there is a scene of us eating at a Serbian grill with Tzvetan, his wife and our entire crew. Peevski has coined this as the “Last Supper” and gone so far as to make a biblical reference about thirty silver coins. I’m assuming he is refereeing to the Gospel of Matthew – when Judas handed over Jesus in exchange for thirty silver coins. If this is true then I can only assume Peevski is referring to Tzvetan as Judas and himself as Jesus. I could make some obvious jokes here, but its just too easy. Personally I think Peevski is jealous that we ate so much delicious Serbian grill without him.

Seriously – the main accusation is that Tzvetan not only paid for our Serbian grill, but financed the entire film. LOOK - I don’t know if Tzvetan is siting on some huge pile of cash, but I challenge anyone to prove that he has given me even one single lev.  Such a transaction could and would destroy all my efforts and credibility.

The glaring omission in these stories is the lack of mentioning the current lawsuit taking place in NYC via the U.S. Rico act and no mention of the Magnitsky act. These are the real issues that could throw a monkey wrench into their money draining schemes that seem to go ignored.

When I read Peevski’s articles though Google English translator things often don’t make sense. I chalk it up as a software glitch. However I have had highly educated Bulgarians do translations and it is still unintelligible. The language is so bad I can’t even let my American friends in on the joke. Yet I still wrote this off as being lost in translation until I discovered a story in his so called British publication the Monitor E.U. I can’t tell if it’s a computer writing these articles or some sort of Neanderthal who flunked out of the Russian troll factory.

Many Americans reading these Peevski stories have noticed one more tell tale sign. Fake news requires a fake page view counter. Just one problem – how does an article get over one hundred thousand views without having one single comment? If your going through all the expense of creating the illusion of popular mainstream news, perhaps you should start paying people to write fake comments. I know a Gypsy who needs work and has better language skills.

I know it’s cliché to call these events Orwellian, but what George Orwell called “DOUBLE SPEAK” in his book 1984 is now the blueprint for accusing the truth of being fake news and with the entire planets’ media controlled by sixteen men Orwell’s 1984 has finally arrived.

We keep getting reports that several movie theaters in Bulgaria want to show the film, but are concerned about the consequences. On the bright side we are seeing tens of thousand of Bulgarians viewing the film through various underground platforms that cannot be blocked.  In the meantime we have created a few Vimeo links –

In conclusion I think the best way to dismantle the Peevski propaganda machine is to relentlessly question everything they do and I appreciate the efforts of Frog news and their readers for having the courage to do so. 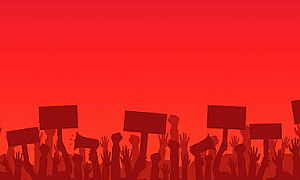 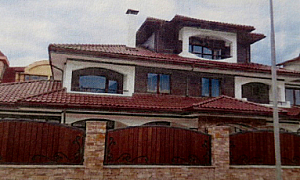 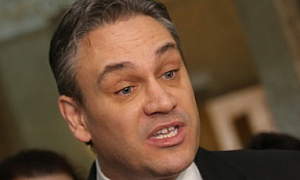 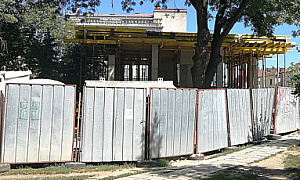