Clare Daly: Ivan Geshev's arrogance has shown that he thinks he is invincible, but such people fail

The arrogance of Mr Geshev demeanour and lack of willingness to address legitimate concerns, but rather aggressively and arrogantly dismiss the questions as 'we've heard it all before' shows me, this is a man who is used to getting his own way. But nobody is invincible, and those who think they are weaker as a result.

This is what the MEP Clare Daly  from Ireland told FrogNews. Here's what else she said

In your questions to the newly elected General Prosecutor of the Republic of Bulgaria Mr. Ivan Geshev you asked about some very serious and scandalous topics. In Bulgaria this topics are ignored by the Government and the Prosecutor's Office. Moreover, the media which are trying to ask for information under the topic, receive "special" attention from them. Many people have been even surprised that these topics related to corruption and abuse of power are being monitored by MEPs of different nationalities. What provokes your interest on what is recently happening in Bulgaria?

I became interested in Bulgaria as a result of the experience of Irish people who bought properties in Sunset Resort Pomerie more than ten years ago. Along with English, Russian and other citizens they have been treated appallingly by the developer of the site a Mr Boyan Bonev. He uses his control of the electricity and water to demand extortionate management fees. If people question or do not pay, he cuts their supply. These are not wealthy people, they have many four weeks holidays that they would like to spend in Bulgaria, it is hard to fight these battles from far away. For years they have been taking court cases. If they can stick with the case they usually win, but then the rules are changed, either the company changes its name, or they just don't bother paying. Through my involvement in following up this case I have learned that it is not unusual. I have also learned a lot about the curtailment of media freedoms in Bulgaria. If people cannot get justice in a member state then state, then it should be a matter for all citizens. I am also aware of  Bulgarian people being exploited by ruthless Irish and Bulgarian individuals to come to Ireland to work and not receive proper wages or conditions.

Is there a practice in LIBE to hold such meetings, presentations and discussions, in the absence of the respective Attorney General in Charge (in this case – Mr. Tzatzarov)?

It struck me as a strange meeting. I am new to the European Parliament so I do not know if this is typical but I do know that to hold a hearing on 'fighting organised crime and corruption in Europe' and with 28 member states to choose from, and many, many organisations who could have been invited and out of a small panel, to include one individual against whom there were serious allegations of corruption, and protests against their appointment, is utterly bizarre. It smacks as an attempt to sanitise that individual and demoralise Bulgarian citizens into believing that the European Parliament ignores their concerns.

What were your expectations of Mr. Geshev's presentation?

His contribution was as I expected, he told people what he wanted us to hear, how great Bulgaria was at dealing with corruption, how he is on the right track, but it lacked depth and the fact that he would or could not answer the questions really undermined his position.

How did you feel after his “unacceptable” answers?

More determined to educate myself about what is going on in Bulgaria. I was disappointed that his presence overshadowed the presence of some excellent speakers who were there, but glad to see him in action. The arrogance of his demeanour and lack of willingness to address legitimate concerns, but rather aggressively and arrogantly dismiss the questions as 'we've heard it all before' shows me, this is a man who is used to getting his own way. But nobody is invincible, and those who think they are weaker as a result. The fact that he didn't answer, said to me that there definitely are issues to answer and I will look at other avenues as to how we can pursue them.

Were there any comments between you and your colleagues in LIBE on the topic? What is their opinion and/or evaluation of the overall presentation of Mr. Geshev and his answers in particular?

I spoke with a number of colleagues afterwards who had no idea about these issues in advance of the hearing and were awakened to it as a result of Mr Geshev's attendance at the meeting. He is now on the radar of a number of members of the parliament who had never heard of him before, but now that they have, will be following up on him. It has also had an impact on the Bulgarian MEPs across the political groupings, a number of whom are very glad to hear other colleagues speaking out and taking an interest in their country.

You have shared with us your intention to continue looking for answers to your questions. How do you intend to do this and can we hope for publicity?

I am only learning in the European Parliament so I so not fully know. However I spent 8 years in the Irish Parliament and myself and my colleague who is now also a new MEP were very well known for using the position to bring change and accountability. We succeeded in changing the leadership of our police force and the Minister for Justice twice as a result of our work with whistleblowers where after a number of years patient work and exposing wrongdoing and corruption, we forced resignations and a total change in how the police are organised. I only know now that we will look for ways and we are in this for the long haul. We are very happy to work with any Bulgarians who want to give us information. We will use our positions to help get that information out. Information is power and when you arm citizens with that information it is very powerful and the biggest danger to those in power.

You can see the video from LIBE  HERE 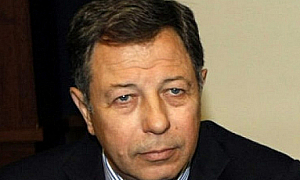 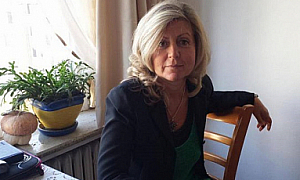 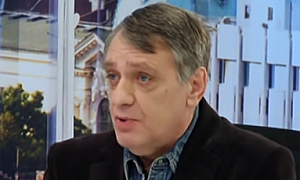